The Internet of Things or IoT for short is the ability of machines to communicate over vast distances using the internet. This technology and its application is still in its infancy. In this module I want to show you how to get started with a cheap and simple device called the Particle Photon. It is very similar in operation to the Arduino Uno (if you are familiar with that).

You may have heard about 5G and the potential risks and problems surrounding it. The reason there is so much concern is because of the huge possibilities and benefits of IoT in the very near future. So far it has been used in isolated areas and for specific tasks. The potential is for everything to be connected, smart houses, to smart streets and cities. The fear comes from the potential dependancy on it.

However it is not going to go away and the potential for good and the benefits outweigh the problems. This is a great time to start to understand what this technology is and what it can do. This module will ease you into it at the simplest level, but even saying that this is still not Micky Mouse, it has commercial applications. 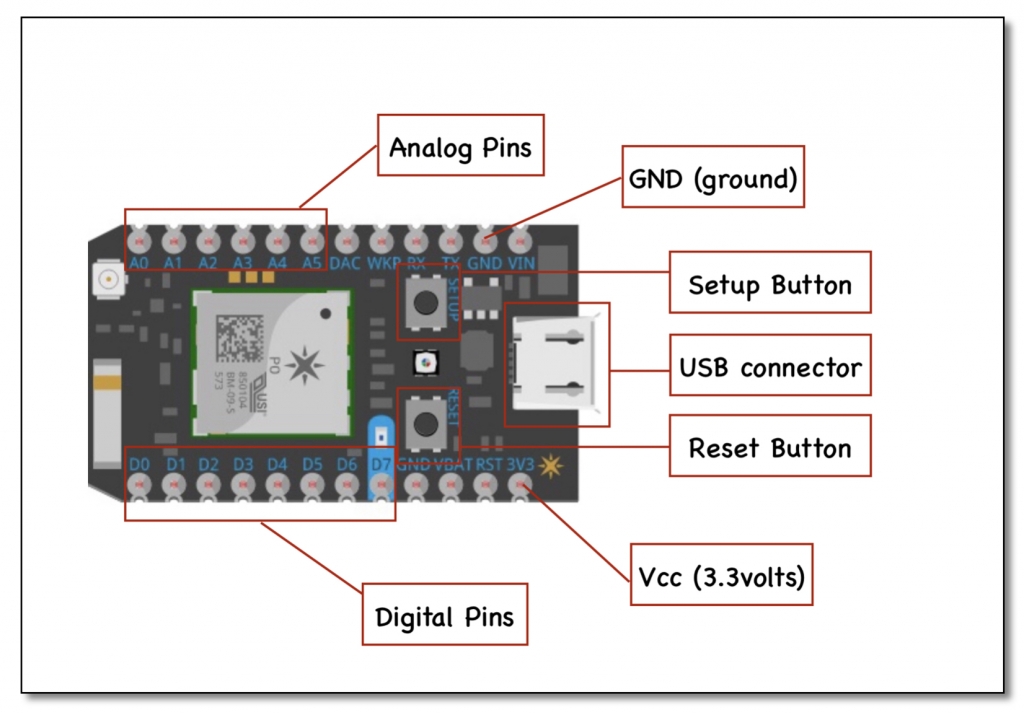 This is a diagram of a Particle Photon. It has analog and digital pins, it is powered by a 5v USB cable (same as your phone). It is connected to the internet by wifi and you can code it from your computer remotely. It is easy to set up and use.

The Particle Photon connects with the Internet and communicates with another Particle Photon, a website or an app on a smartphone. Data can go both ways. You can turn a light on in your house with your phone or you can see what the temperature is in your living room in real time. These are just simple examples.