I initially got interested in coding through learning to code a thing called an Arduino Uno (more on that later). It is a board that can control LEDs, displays and motors, take reading from all sorts of sensors. I was staggered how cheap and accessible it was.

The Arduino was designed to reach people about coding especially in the area of physical computing (robotics etc). The language it uses is called C++. Its parent code is C which is one of the most used coding languages.

As a little aside, C++ is similar to Processing (another language) which is similar to p5.js. So for me it was a logical progression from one to the other. Processing is a language based on Java. You can see how confusing it can be when you ask the simple question ‘what language should I learn’.

There are so many, they usually overlap though and it is their application that drives them. So this list is by no means definitive and some may feel that important ones have been left out but I couldn’t begin to go through all of them.

Here is a simple ‘Hello World’ type sketch. Getting a programme to say hello world is usually the first thing you do to see if it works. This sketch when sent to an Arduino with an LED attached will switch it on and off in 1 second intervals. 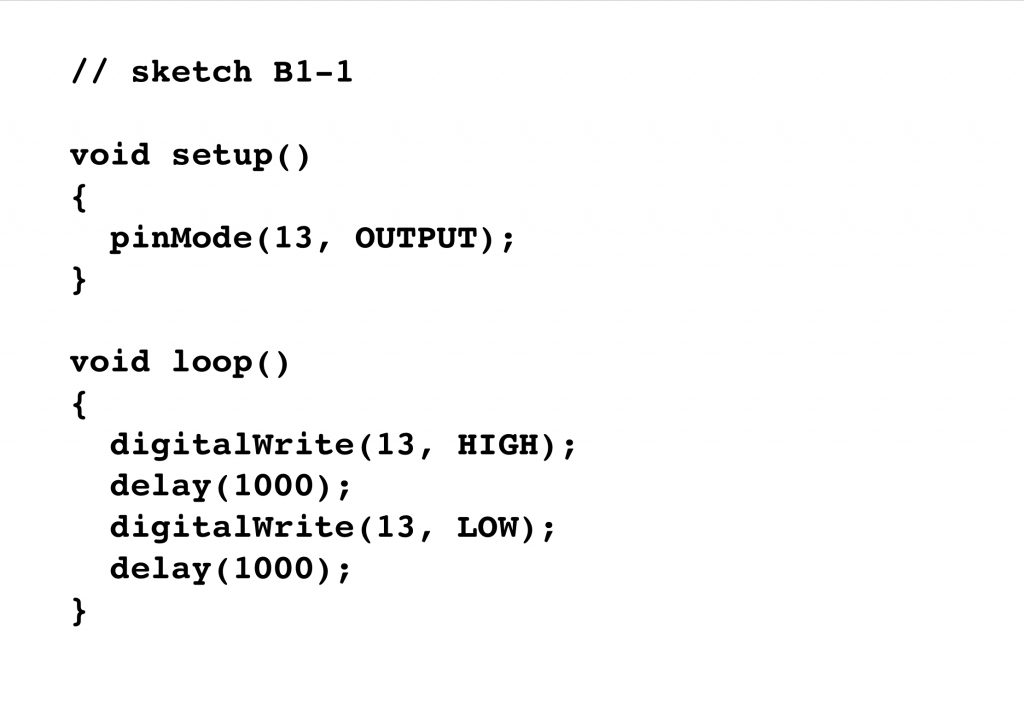